Here we are at the last post in my series of European cities I visited solo during my student exchange days. I’ve enjoyed reminiscing about my time of great independence and highly adventurous spirit immensely. Today, I’m taking you back to February 2009, when I was travelling into The Hague from Amsterdam and then continuing my trip across the border into Belgium.

When I arrived by train into The Hague, this small Dutch city was just waking up. I asked for directions to find my hostel in the seaside resort of Scheveningen and decided to walk there. The streets were so empty and it was really cold, but there was something so appealing to me about walking in an unknown city I’d never been to before. I didn’t even have a map so I just observed how the tram carried on in the distance and followed its lead. The reason I decided to go the The Hague was because I had been deprived of seeing the beach for a long few months living in landlocked Germany. There were plenty of lakes and rivers around me but for any true blue Australian, nothing beats the beach.

I checked into my hostel and what do you know, an Australian expat was working there! He helped me find my room and offered lots of helpful advice, one of which was how to ride their trams so I wouldn’t have to walk back and forth between Scheveningen and The Hague! Within a few minutes I rushed to the beach down the road and it was such a great feeling to hear the waves crashing in and smell the salty air. I didn’t take my shoes off because it was freezing cold, but the sand was fine and soft as it passed through my fingers. I spent only one night in that cosy hostel by the sea and only half a day exploring the sights of The Hague, but that was more than enough time to get a feel for beautiful, serene Holland. 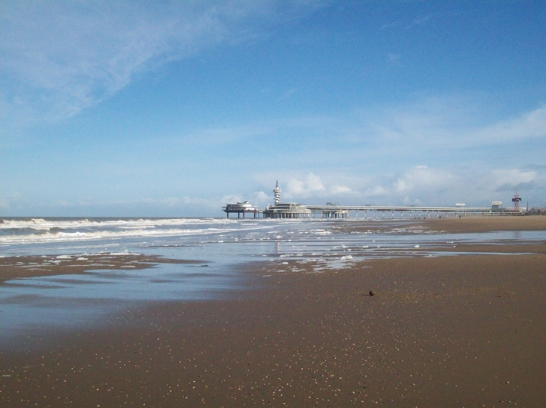 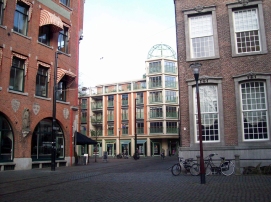 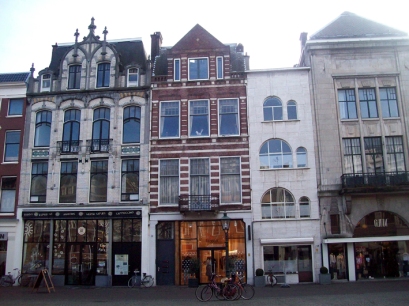 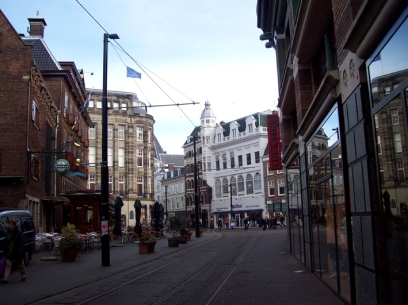 The next morning I journeyed into Brussels by train. This capital of Belgium immediately captivated me with its charming streets, picturesque squares and quirky shops. Brussels is a bilingual city where both Dutch and French are spoken and street names appear in both languages. Without any trouble I located my hotel and stepped out to explore. My first stop was the main square, known as Grand Place, where I started to feel like I stepped into a fairytale. Each building facade was so beautifully decorated with gold trimmings and embellishments that it made me so happy just to stand in the centre of the square and admire all four sides of the buildings surrounding me. The shopping arcades nearby all had a distinct European flavour, and the chocolate shops dotted all around the city were just heavenly. I took the 2-day Hop-On-Hop-Off bus tour around all the major attractions in the city, making it super simple to explore and very convenient for a young tourist who didn’t do her research on public transport options in the city!

One of the other main tourist attractions in Brussels is the “Manneken Pis” otherwise known as the pissing boy! All the tourists and I were armed with our cameras, which were directed at this tiny sculpture in the corner of a road intersection. It’s just so funny to think about it. He was actually being undressed from a Valentine’s Day costume when I was there!

All in all, I spent five days exploring three different European gems (Amsterdam blog post here), each with their own languages, architecture and traditions. Even though it was a short trip in duration, it was a rich and eventful journey I will never forget because it convinced me that a young and inexperienced solo traveller can do anything she sets her mind to, especially when she’s miles from home. 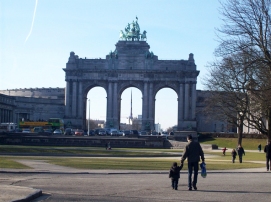 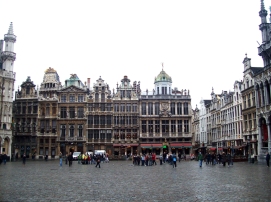 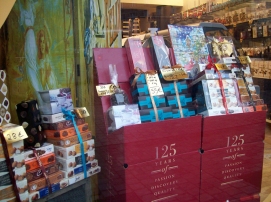 Hello there, my name is Naira and I’m the founder of Graceful Avenue. I love illustrating, playing the piano, writing letters, bike riding, travelling and taking photographs. Check out our Illustration Shop and Print Shop!